Three years have passed since we held our last convention in Bilbao in 2019. After a pandemic, we have been able to recover the Ingecal convention, an event that allows us to gather most of the team and share moments, talks, news… with people that, for work reasons and currently teleworking, we do not usually see. Nowadays, it would be what we would call team building… so we have been able to make our own team building in a big way traveling two days to Girona.

During those two days, we were able to carry out different activities of recreational, gastronomic and touristic scope.

On the first day, we did a treasure hunt by teams based on the families of the Game of Thrones series. This competition allowed us to visit and tour the most emblematic points of Girona such as the Cathedral of Santa Maria de Girona, the ass of the lioness, the Old Fishmongers Bridge, also known as the Eiffel Bridge … while the teams tried to get as many points as possible to win. Finally, the “Targaryen” team, formed by Bruna Koresch, Nuria Amador, Marina Rejat and Mercedes Cerrato, was the winner.

On the second day, we were able to enjoy a route through two inland villages of the Costa Brava with a medieval past:Monells and Peratallada.

In Monells we were able to visit its small streets, as well as its most famous square Jaume I, where several scenes of the movie “Ocho apellidos catalanes” were filmed.

Following our route we went to Peratallada, another village with a great charm, where we visited the Church of Sant Esteve and the Portal de la Virgen door through which you can access the village and which is very well preserved. During the visit, we were able to enjoy magnificent views going up to the Torre del Homenaje, one of the places you should not miss if you go to Peratallada.

We're not around right now. But you can send us an email and we'll get back to you, asap. 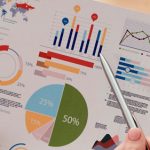 Management Systems: What are they and why should you implement them?Environment, Food, Highlights, Ingecal, Quality, Training, Work safety